What is the current state of philosophical debates about alternatives to the present? The British journal Radical Philosophy, founded in 1972 as “a Journal of Socialist and Feminist Philosophy,” holds periodic conferences to reflect on the situation. This event brings the Radical Philosophy Conference to Germany for the first time. Is the current acceleration of social life in capitalist societies qualitatively different from the futuristic speed of modernity? Does the art strike still represent a viable political response to art’s affirmative complicity with the market? What are the effects of the new forms of surveillance on our political condition? Is queer theory “merely cultural”? Is today’s “pedagogical turn” a capitulation to a generalized pedagogization or a site of a potential resistance? How does the essay film work to communicate philosophy? What happens when biopolitics takes human-animal relations as its focus? What alternatives are there in matters of collective empowerment to the political forms of the 20th century? These topics and questions will be discussed in a sequence of panels, bringing together international speakers from diverse disciplinary backgrounds.

The concept of acceleration has a central place in contemporary capitalist societies. For some this amounts to a “shrinkage to the present” and to a sense of capitalism’s inescapability within a fully 24/7 culture. For others it is to be embraced as the basis for an ultimate transcendence of capitalism itself. What is the philosophical meaning of “acceleration”? How does it relate to alternate conceptions of “modernity” and of “the new”?

The art strike is a curious figure in the landscape of contemporary art. In many of its most vivid instances it has been a figure of failure and folly. And yet it has also accumulated considerable respect as a decisive configuration of radical politics and art. This panel offers a range of new approaches to the art strike, occasioning a reconsideration of what it has been and what it might be, its stakes and its significance.

As surveillance has become more dispersed, more insidious and less perceptible, what space is there for critique today? Techniques of surveillance and regimes of knowledge reconfigure the play of visibility and invisibility and the modulation of power. How can we gauge their effects upon our contemporary political condition? What difference do they make for political being?

The canon of queer theory has been questioned recently as a conceptual and interpretative framework that has become a “mandatory” reference point in European and Anglophone discourse. How are queer theorists from various localities confronting regimes of citizenship, rights, colonialism, imperialism, nationalism, imprisonment and war from within different geopolitical contexts? How is queer theory itself being transformed in the process?

In the early 1990s Gerald Graff predicted a “redirection of theoretical attention to issues of education and pedagogy,” a movement beyond the “cultural turn.” To what extent does the emergence of what has been characterized as an “educational turn” in art and art theory belatedly relate to this? Are we witnessing a “pedagogical turn” today? If so, does this indicate a capitulation to the process or rather the site of a potential resistance?

Philosophy of the Essay Film

What is an essay film or an installation essay? Though their formal elements have existed since the early years of film, it is only recently that these terms have come to function as generic labels with certain aesthetic and conceptual stances: poetically wrought language, self-reflexion, a sustained rumination on one issue, and movement across disciplinary confines. What can essay films and installation essays communicate to, and about, philosophy?

People have always been in social relations with animals. In recent years, non-human animals are increasingly seen as part of sociality. New aspects of disciplines are emerging: multispecies ethnographies, anthrozoology, animal geographies, and cross-disciplinary areas rethinking agency. Yet to date, writing on biopolitics has given little attention to the human-animal relations. Can such concepts aid a radical politics or are new theories needed? 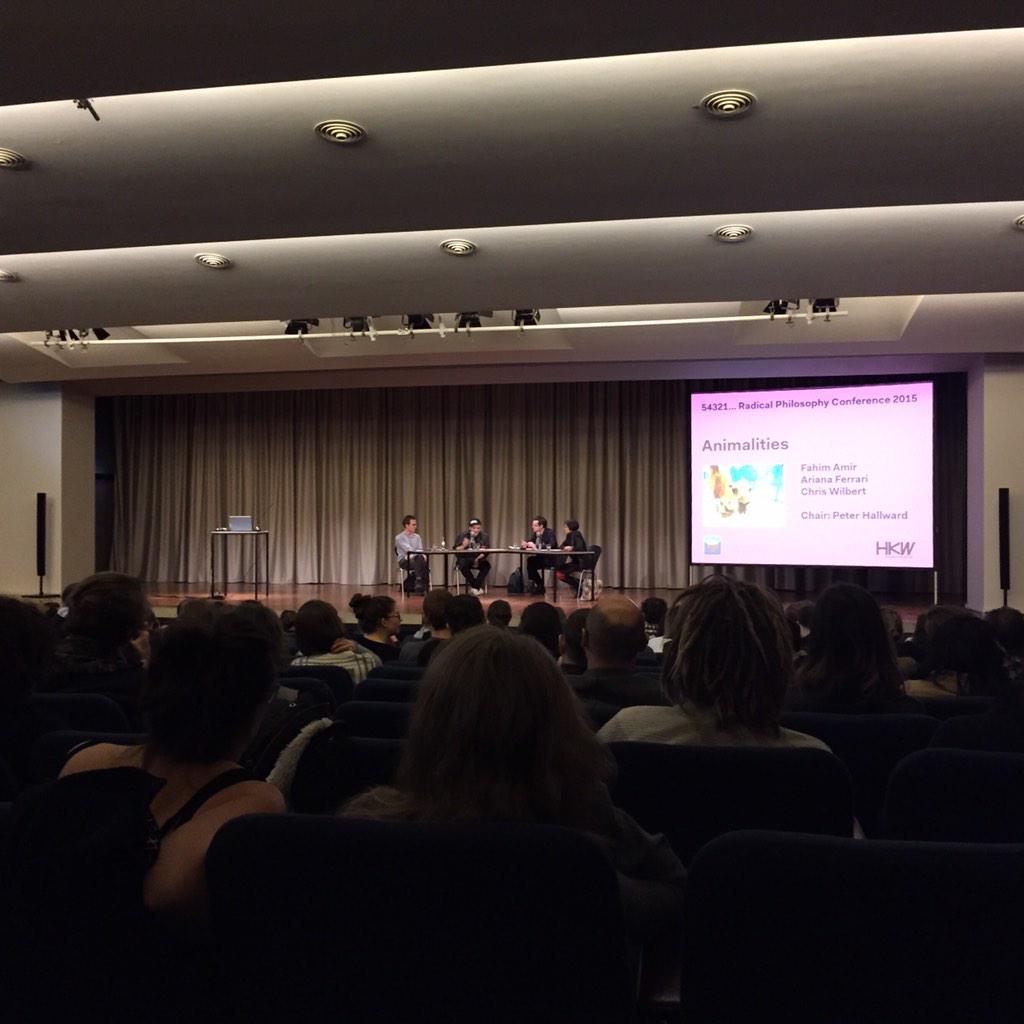 Is the recent international eclipse of egalitarian political projects to some extent the result of a failure to address problems of organization? How has it emerged during the 20th century, both in capitalist regimes and in the former socialist bloc? To what degree does mass political organization remain tied to the notion of the political party that originated in 19th century Europe? What alternatives are there for collective empowerment, participation and deliberation?

Read versions of these talks in forthcoming issues of Radical Philosophy: